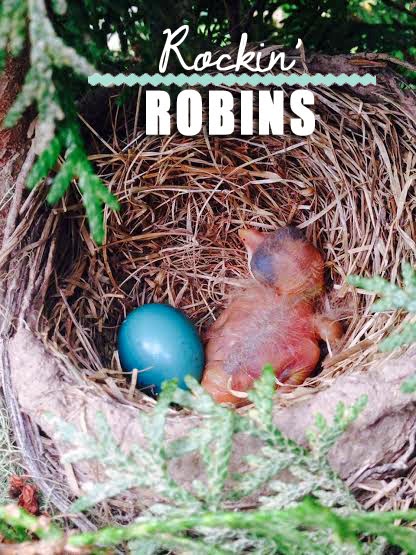 Nestled amongst one of our cedar trees is a beautiful robin's nest. We noticed the brightly colored eggs from across the yard, and have been watching it closely for the past week. We haven't told the children where the nest is, however have been sharing pictures daily. It's been truly amazing to be  able to get an up close look at the transition from egg to chick. The pictures bring many questions from the children from why doesn't the baby have feathers to where the mommy is. Here are some of the pictures I've captured over the last week: 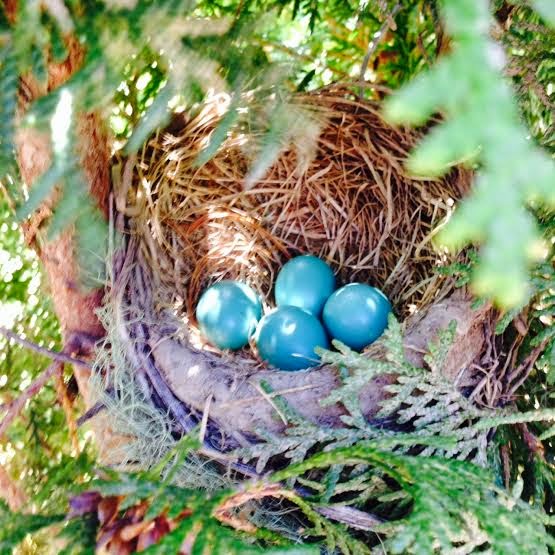 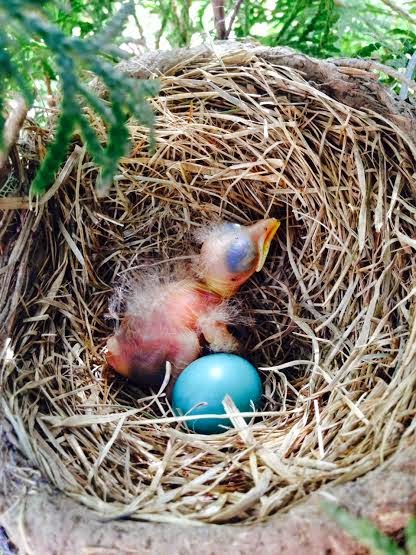 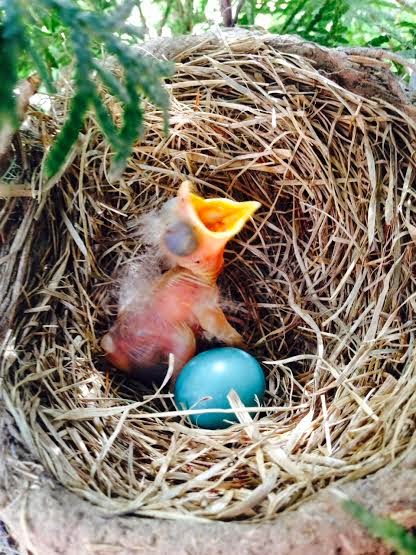 As you can see from the picture above there was originally 4 eggs. Looking at the next picture, 2 eggs are missing from the nest. Immediately one child said, "There is 2 eggs gone!! What happened?!" I asked the children what they thought happened to the missing eggs, and they had lots of ideas:

This led into the discussion that some animals eat eggs such as squirrels, crows, snakes, and even blue jays! We also read that not every egg has a baby inside it, and the mothers will get rid of those eggs.

Because the children seemed  so interested in the nest,  I decided to set up an invitation for the children to try! 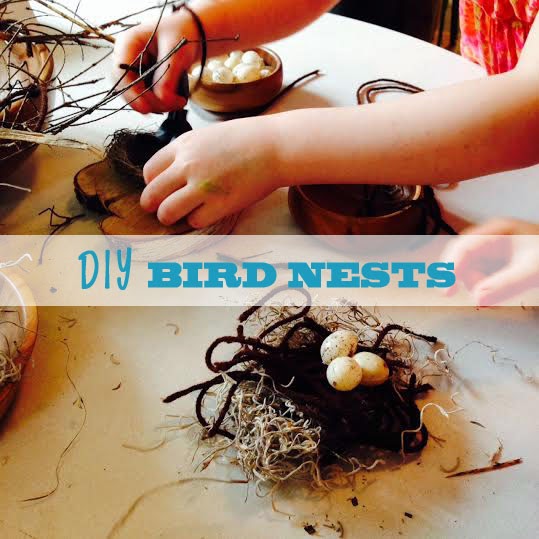 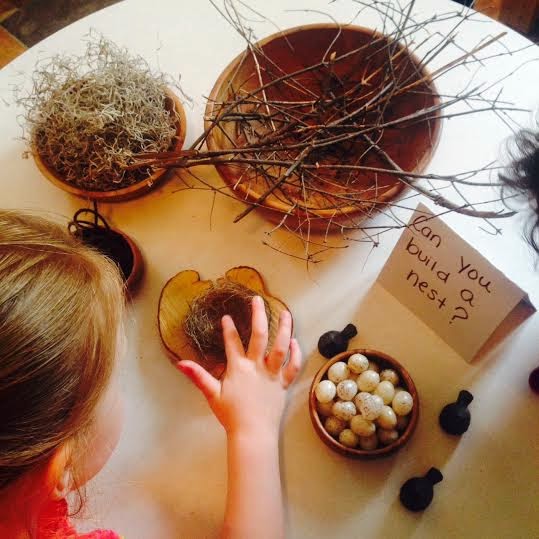 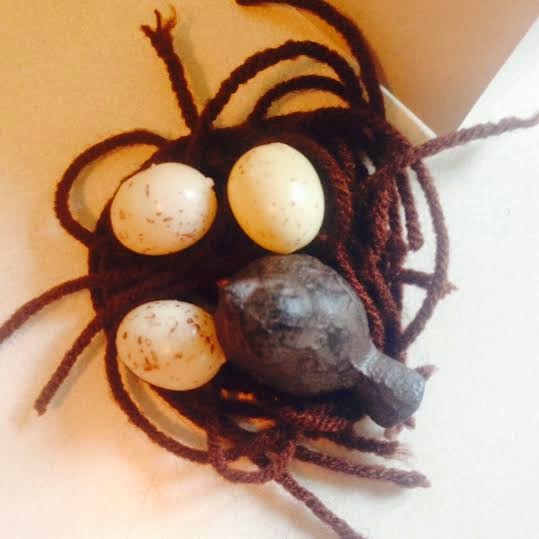 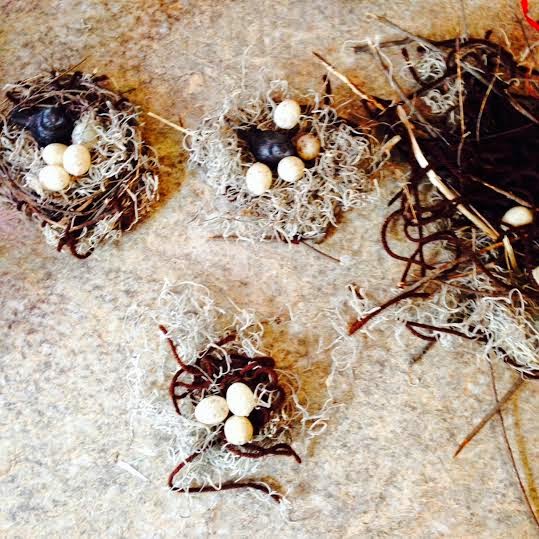 Some of the children stayed at the table for about an hour trying to make their nest. After they were finished, the children used the brown string as worms, and were making the birds fly to their nest to eat a delicious snack.